Today, we had unusual guests in our lane - two camels! The owners had picked the perfect day to go around and offer kids rides, as it was strike today and schools were off. All the kids of the lane, including Uzair and Hafsa, had the chance to ride them. For Uzair and Hafsa, this was the first time on a camel. 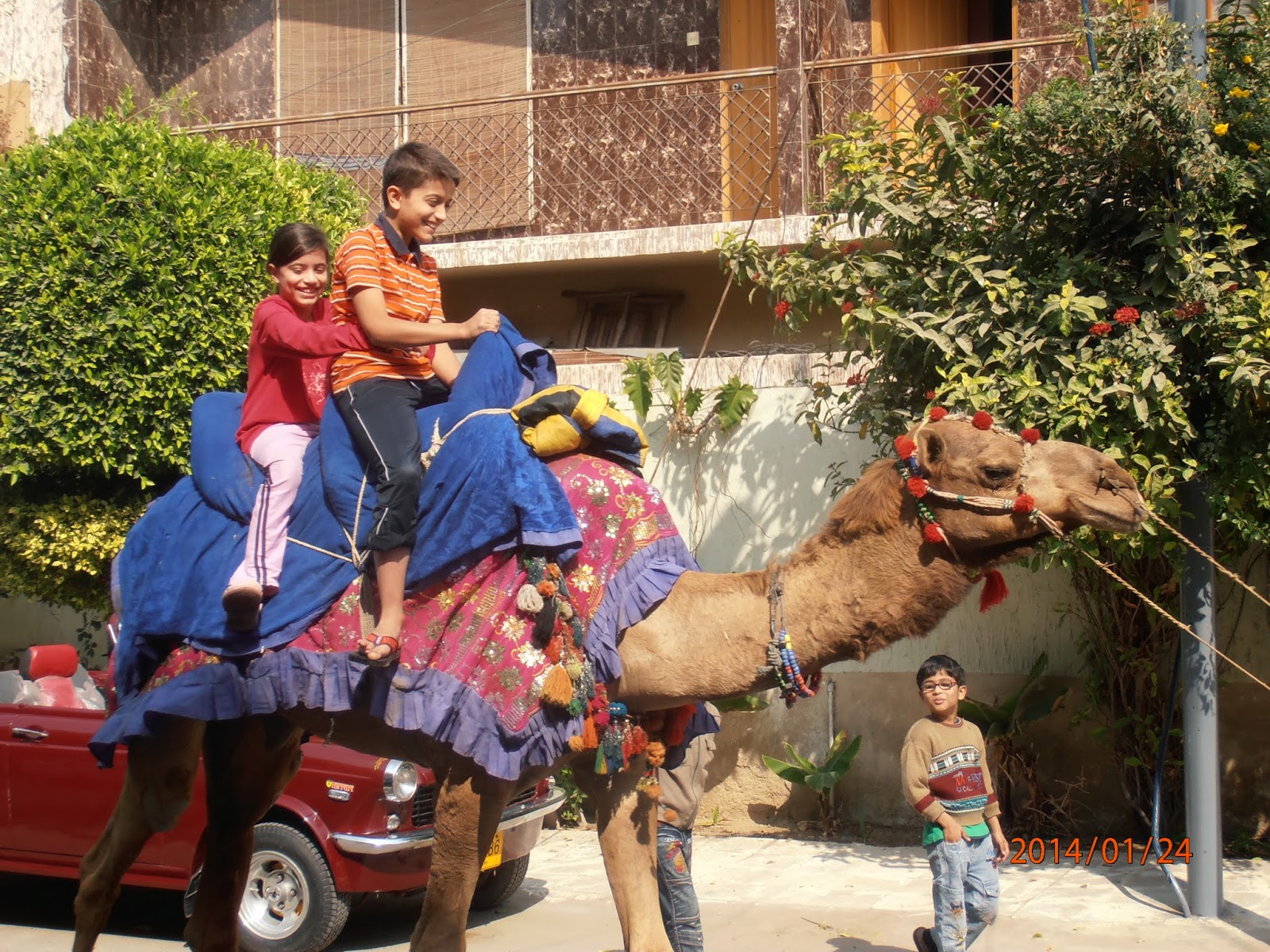 Posted by Laila Brence at 6:42 AM No comments:

Hafsa participated in an art competition organized by HibaKidz. Over a thousand entries were received, Subhanallah. Here is the announcement of the competition. 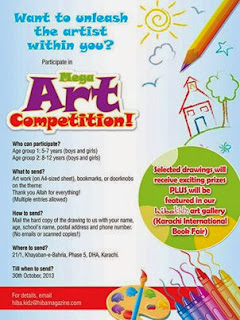 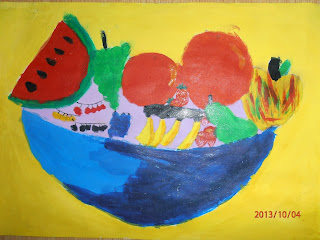 Posted by Laila Brence at 5:13 AM No comments: 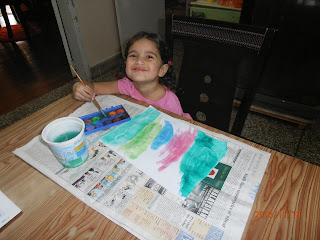 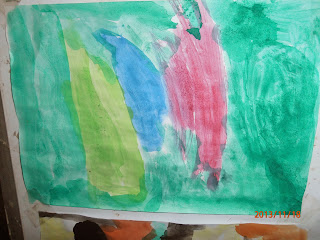 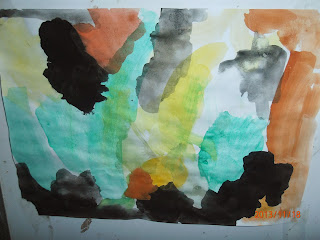 Posted by Laila Brence at 3:46 AM No comments:

Through our trips to Latvia and his encounters with non-Muslims, already for quite a while Uzair has been concerned about inviting people towards Islam. And, of course, it is only a natural wish that he would want to see all the people he truly cares about as Muslims.

Recently, he has been inspired by a popular non-Muslim personality and wishing very much that he would also become Muslim. As he expressed this his wish, we sat down to think of ways to invite this person towards Islam. Mamma mentioned how the Prophet (sa) used to send letters to distant people for inviting them to Islam. So we decided that Uzair would also write a letter to him, pointing out the advantages of Islam and why that his favourite personality should become a Muslim - and Uzair did that. Then, we looked in our bookshelf for a small book, which would explain all the basics of Islamic teachings, photocopied it and included it along with Uzair's letter. Next, we searched online the postal fan-mail address of this person (we could not find his email) and mailed it to him, along with our Duas that he would receive this letter, read it and think about what Uzair has written. If you have read this post, please, make a Dua for this person as well - Uzair will be very thankful to you!
Posted by Laila Brence at 4:47 AM 1 comment:

After arriving to Latvia, Vecmamma (grandmother) gave to Uzair and Hafsa as gifts window painting kits. They were excited and got to work right away. Now, after two weeks, two windows of Vecmamma's home have been fully decorated.

How to do the window-painting? You need special paints for it and a plastic sheet, on which you make the drawing first, later peeling it off and transferring onto a window. 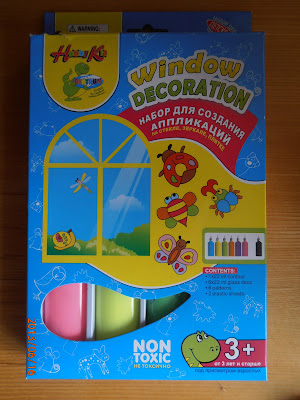 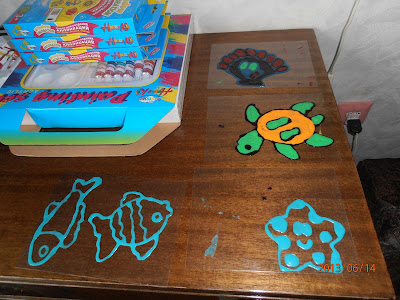 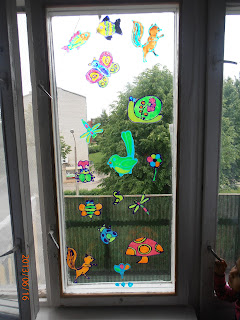 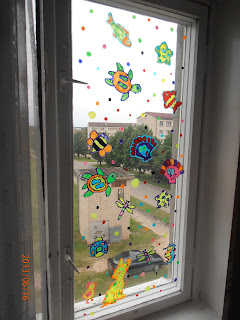 Posted by Laila Brence at 3:35 AM No comments:

How to tell the parts of the world in forest

As we walked through the forest to our favourite spring for collecting some fresh drinking water, Mamma called us to the one of the trees, saying that she wanted to tell us something. She asked us to look closely at the bark of the tree all around, if we could notice anything. Upon examining the tree, we saw that one side of it is covered by moss. Mom then told us that all the trees grow moss on the northern side of their trunk to protect themselves from the cooler northern winds. Thus, the side with the moss on is facing the North - and from there, you can easily figure out the rest of the sides of the world - South, East and West.

It is helpful to know this quality of trees in case you get lost in woods, so you don't end up going in circles, while figuring your way out. It is also helpful for determining the direction of prayer. For example, if we know that in Latvia the direction of prayer is nearly Southwards (a little towards East), looking at moss on a tree can help us determine the approximate Qibla. 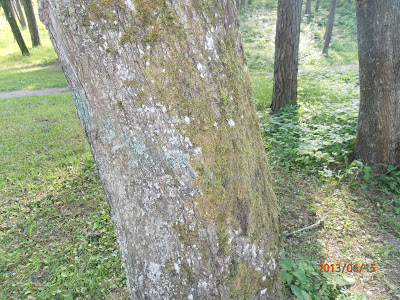 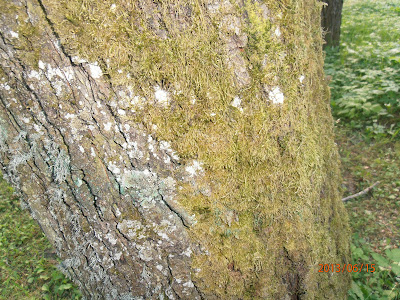 Posted by Laila Brence at 3:23 AM No comments:

While watching M.A.D. arts and crafts presentations in Karachi, Hafsa always wished to have the acrylic paints that the presenter was working with for making perfect paintings. Well, her Dua got answered - Vecmamma gave her an artist's kit with acrylic paints and even a real canvas in it! So here is first Hafsa's own made wall painting on real canvas - it's hanging in Vecmamma's living-room. 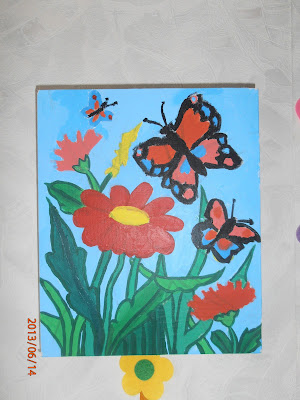 Posted by Laila Brence at 4:51 AM No comments:

We love to look at the world around us and learn from every experience Allah (swt) gives us.